Gender equality is a basic value of the European Union, a fundamental right and a key principle of the European Pillar of Social Rights. Universities and institutions of research from the European Research Area and the European Higher Education Area are committed to strengthen themselves as inclusive and excellent institutions promoting equal opportunities, non-discrimination, equity and equality, being a support for open, democratic and fair societies, as well as for sustained growth, entrepreneurship, integration and employment.

Gender equality is enshrined at a universal international level through the Development Goals Sustainable Development of the United Nations included in the UN 2030 Agenda and aims to reduce inequalities and eliminating discrimination in all areas, including education. Also, we mention the main national anti-discrimination normative acts in the field of education:

preventing and sanctioning all forms of discrimination;

the competence of the Committee for the Elimination of Discrimination Racial, in accordance with art. 14 of the International Convention on the Elimination of All forms of racial discrimination, adopted by the General Assembly of the Organization of Nations United in New York on December 21, 1965, published in the Official Gazette no. 851/26 November 2002.

adapt to new requirements and opportunities in terms of excellence;

The mission of any university should be to develop and spread knowledge, education for the exercise of professions and functions, as well as promotion of society’s ideas free for the purpose of development and in accordance with the following principles: university autonomy, academic freedom, free and equal access without any discrimination of sex, age, race, ethnicity, religion or political option. The mission can be accomplished through institutional commitment to the principles gender equality.

Constanta Maritime University GEP is in line with the European Commission’s Gender Equality Strategy 2020-2025 and with Romanian legislation in force.

It must address five fundamental areas:

For each of these five areas of action can be set more objectives correlated with the Sustainable Development Goals (SDG) of the UN 2030 Agenda, especially the SDG 5.

For Domain 1, the established objectives can be:

Regarding Domain 2, the targeted objectives may refer to:

Domain 3 can aim to achieve the following objectives:

For Domain 4, the established objectives can be:

Domain 5 can focus on achieving the following objectives:

In the category of actions that will take place for the five fundamental areas, we can mention the following:

By adopting the Gender Equality Plan, based on the internal review and policies and national and European requirements, the aim is to expand the concrete and effective application of the principle of non-discrimination and gender equality at the level of the entire CMU academic community and to raise awareness among UMC employees and students regarding the content and importance of gender equality, in order to prevent contrary conduct. 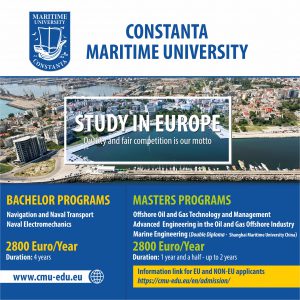